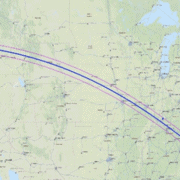 The total solar eclipse will occur August 21, 2017 in the U.S..  Massive numbers of people – potentially the largest mass migration in world

Oregon In Path of “Totality”

Within the U.S. the areas where the eclipse will be most visible is called the “Path of Totality”.  This refers to a 50 mile wide path that runs from Oregon in the Northwest, across the Midwest, and ends in South Carolina.  (See image).  Businesses located in and around the Path of Totality are scrambling to determine a backup plan for conducting business especially as it relates to shipping & receiving product.

According to Case Printing Solutions president Rob Schneider, “Our local Chamber of Commerce has forecasted as many as 400,000 people coming to our college town of 50,000.  The governor is even calling out the National Guard – this is serious.  We were nervous of our ability to meet customers’ orders due to gridlock in our town and on I-5.    We didn’t want to make our problem their problem by having them move orders up.

Our customers buy ink to code products and packaging with best-by dates and barcodes.  If they are out of ink, the production line shuts down – not an option for our customers.  To mitigate potential transportation and supply issues, Case Printing Solutions has setup duplicate shipping, receiving, invoicing, & billing systems 2,000 miles away in the New York / New Jersey area as a precaution.”

Oregon officials guess as many as 1 million people could converge on communities in the “Path of Totality” for what could be a once-in-a lifetime event.  This prompted a heightened concern for the increased risk for wildfires. The influx of cars on highways surrounded by dry grass and vegetation makes parts of central Oregon particularly susceptible.

How long does it last?

That depends on where you are! The closer you are to the center of that blue line above, the longer the eclipse will last. To get the most out of your experience, try to situate yourself somewhere with a longer eclipse time, in the 1.5- to 3-minute range.

Can I look directly at it?

Yes, but ONLY WHEN IT IS AT TOTALITY. When it’s still a partial eclipse, NEVER look at it directly.

What do I need to bring to see it?

Nothing, really, other than yourself. If you want to look at the eclipse when it’s still a partial eclipse — which it will be for a while before totality — you’ll need special glasses. If you go to a big event like the one at the Salem Fairgrounds, they’ll probably have them on-site to buy or rent.  If you want to take pictures of the eclipse, you’ll need to buy special filters so as not to fry your camera, and probably have a couple of cameras ready—one to observe the landscape and one to observe the sky. In that case, you’ll want to get a tripod or two. 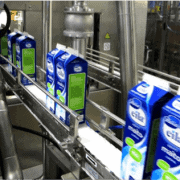 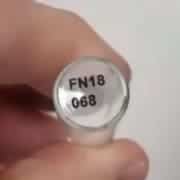 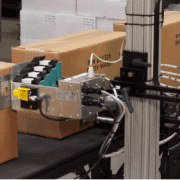 7 Reasons Inkjet is the Best Fit for Case Coding﻿ 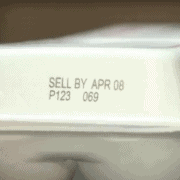 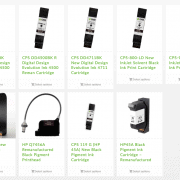 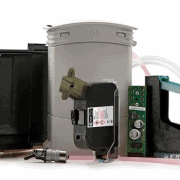